Video: Lagos Big Boy, Dolly Pizzle Arrested In Lagos After He Was Caught With 3 Pistols

Some people are fond of flaunting their wealth online and most times they do this to intimidate those who are hustling hard to fight poverty. I am not always moved when I see young men of today living a riotous and extravagant life because the first thing I ask myself is: “what is their source of wealth?”.

GossipmillNaija on Instagram posted a video of a popular Lagos Big Boy identified as Oni, but popularly known as Dolly Pizzle as he was been quizzed by Policemen who arrested him in Lagos. The writer, ReignJerry learnt that Dolly Pizzle was caught with three pistol with 8 rounds of live ammunition in Lagos State as he was paraded by Police Officers.

As at the time of writing this article, there was no information if Dolly Pizzle has been linked to any robbery case in Lagos State after 3 guns were found in his possession and investigation is still on going to know the true reason why he has been keeping guns in his possession. 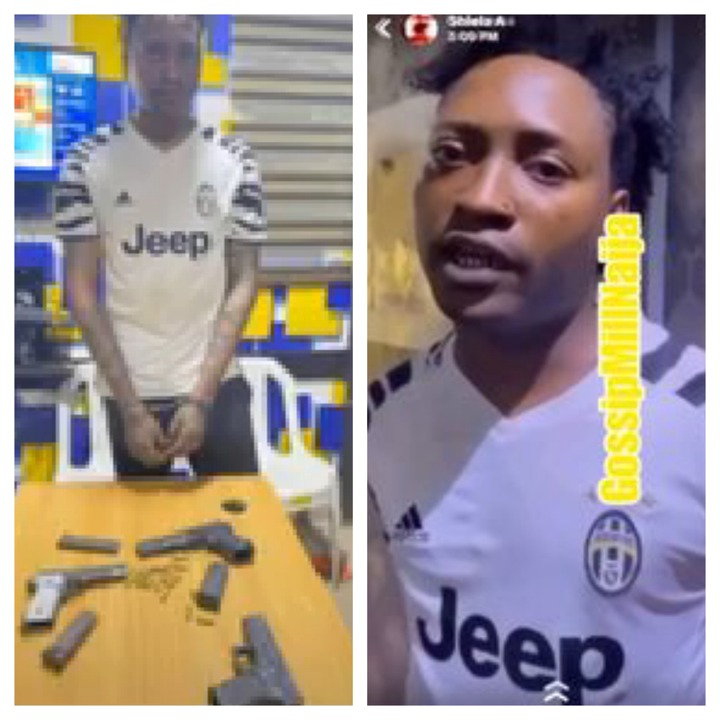 How will this guy who flaunts cars be seen with three guns? I pray he hasn’t used any that will prolong his stay in police custody.

GOOD NEWS: Lagos To Begin Installation Of Over 2000 CCTV Cameras